LEST HAPLY YE BE FOUND EVEN TO FIGHT AGAINST GOD

Numbers 12 begins by relating how Miriam and Aaron, sister and brother of Moses, had an issue with Moses because of the Ethiopian wife that he had married. 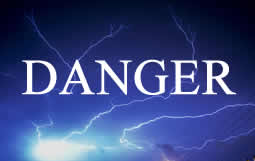 Obviously upset, they began questioning if it was only Moses through who the Lord speaks. “And they said, Hath the Lord indeed spoken only by Moses? hath he not spoken also by us?”  Then the scripture adds, “And the Lord heard it”. (Numbers 12: 1, 2)

Does that mean that the Lord was unaware of all they had been saying otherwise concerning their dissatisfaction with his choice of a wife?  Certainly not! What is does mean, is that they had entered into an area, that immediately got God’s attention.  They had crossed a line that was of great concern to the Lord and his response was immediate.

To Miriam and Aaron, Moses was their brother.  Very likely, while others saw him as a prophet of God, their first impression of him was that of a brother and just another man.  Therein lies the root of the problem expressed by the Lord in this well-known scripture: “A prophet is not without honour, but in his own country, and among his own kin, and in his own house.” (Mark 6:4)

Those familiar with the person holds a view of the individual that reduces him to a mere man status and that fails to recognise who he/she is before God.  In the process they hinder themselves from receiving the ministry of that person and all the blessings that come with it.  In the case of those referred to in Mark 6, the Lord could not do any mighty works among them because of their unbelief.  Seeing the Lord only as “the carpenter, the son of Mary, the brother of James, and Joses, and of Juda, and Simon” amounted to unbelief and it is the unbelievers that were the losers. (Mark 6: 3, 5)

For Miriam and Aaron, it was worse.  Maybe, without realising what they were doing, their words if allowed would have the effect of reducing the authority and influence of Moses.  They were saying that there were others who also heard from God.  “Moses isn’t really that special”.  Surely they couldn’t take away the anointing that God had placed upon him, but they could have reduced its effect upon others whom he led.  They could have caused others to despise Moses in the same way they were doing.  In effect, the dispute had shifted from the issue of who Moses had married and they were now fighting against the ministry that God had placed upon him.  They were at war with God and apparently didn’t know, too blinded by their issue against the man Moses.  God intervened both to stop them and to repair the damage that was already at work.  The account shows how God defended Moses, seemingly exalting him and brought judgement upon Miriam who clearly was the chief offender.

David had much better sense.  God had anointed Saul.  God, later rejected Saul was bringing him down.  It was known that God had sent Samuel to anoint David as the successor to Saul.  Saul pursued David to destroy him.  The time came when Saul lay sleeping and David had the opportunity at a pre-emptive strike. David refused to kill Saul, saying, “Destroy him not: for who can stretch forth his hand against the Lord's anointed, and be guiltless?” (1 Samuel 26:9)

David understood that there was a line so fine between the man and the ministry that was given to the man, that David felt that God should best deal with Saul.  Note, that David didn’t use the word “anointing” which would have referred to the Spirit of God upon Saul.  He used the word “anointed” which referred to Saul, upon whom rested the anointing.  One therefore has to be careful not to offend the anointing by touching the anointed.

This in no way conflicts with the responsibility of a church to discipline offending ministers.  However, it has to do with knowing where that authority ends for, if it is extended beyond a certain point it is possible to get in the way of what God intends to continue to do through the individual.  David knew where the boundaries were and not only was he careful to stay within the boundaries but also instructed those under him, with a lesser understanding of the boundaries to be careful in maintaining their distance in their handling of Saul.

There are some persons who may so be against another, that they are not satisfied to distance themselves from the person but would wish to see them fall.  As sinful as that is by itself,  it grows worse when attempts are made to influence others into the same way of thinking and acting towards the person and we are on deadly ground if it turns persons away from an anointing.

In another example of men offending the anointing as they attack the anointed, the Pharisees were so against the Lord that they were hurt to see others believing on Him.  In Matthew 12, people “brought unto him one possessed with a devil, blind, and dumb: and he healed him, insomuch that the blind and dumb both spake and saw.”  (Matthew 12:22)  The next verse says that “all the people were amazed, and said, Is not this the Son of David” (verse 23).  The Pharisees then set about to discredit the Lord.   “…they said, This fellow doth not cast out devils, but by Beelzebub the prince of the devils.” (Matthew 12:24) They were accusing the Lord of casting out devils by the power of Satan.  As far as they knew they were attacking Him.  After showing their reasoning to be contradictory, the Lord said, “All manner of sin and blasphemy shall be forgiven unto men: but the blasphemy against the Holy Ghost shall not be forgiven unto men.” (Matthew 12:31)  Then showing a distinction between himself and the anointing that was upon Him, He said that words spoken against Him are forgivable,  but words spoken against the Spirit of God would neither be forgiven in this world nor in the world to come. (Matthew 12:32)  Keep in mind that they were in their minds attacking the man when, in reality, they had crossed the line and was blaspheming the Spirit of God, upon the man.  An observation of the scripture would show issues being raised against men whose doctrines are contrary to the scripture.  Ministers are obligated to warn against false teachings and those who propagate them.

Leaders in Israel “took counsel to slay” the apostles who had resisted their instructions, making it clear that they would rather obey God than obey them. (Acts 5:33)  God used Gamaliel, to bring them to their senses.  He reasoned with them drawing reference to events in history where men had others follow them, but eventually failed because the movement was not ordained of God.  Gamaliel clearly saw enough evidence to suggest that these men, whom they now opposed, were being used by God.  He therefore cautioned those leaders that they thread carefully “lest haply ye be found even to fight against God.” (Acts 5:39)  There is a common thread between what is seen in Numbers 12 and Matthew 12.  In both events, words were spoken that would have had the effect of reducing the influence of the ministers upon those to whom they minister. We would do well to examine ourselves, carefully, to ensure that we are not involved in speaking words that influence others against ministries where the anointing of the Lord is present lest haply we are found to be fighting against God.