KNOW YE NOT THAT WE SHALL JUDGE ANGELS?

In addressing the multiple problems among the Corinthian believers, Paul dealt with the matter of brothers taking brothers to courts, presided over by the ungodly judges. (1 Corinthians 6:1-8) 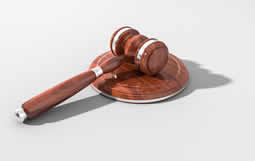 This scripture has been used by some, in certain instances to even perpetrate injustices among the brethren.  In other words, it would seem that there are some who have dealt unjustly with others only because they do not expect to be taken before the courts of the world.  Some may have dealt with their brethren in a manner that they may never deal with persons of the world whom they know won’t hesitate to take them to the courts of the world. Indeed, where this exists, it is a great evil and a wanton display of wickedness that goes contrary to ALL that this scripture has instructed. The scripture is about the delivery of justice, settling disputes between brethren in a just manner.

This has nothing to do with brethren who are legally trained.  It has nothing to do with looking for loopholes within the law for exploitation, as happens in the world’s legal system and which often corrupts justice. It has to do with making judgments according to truth and governed by our godly responsibilities toward each other. The scripture expects such a standard of fairness among believers that “the least esteemed in the church” should be able to justly decide a matter. (vs 4)

This statement that the least esteemed should be able to decide on a matter, is in no way intended to underestimate the tasks of adjudicating in matters of complexity.  It is not to suggest that all matters are so simple that any saint can adjudicate.  But it does suggest that any saint should have the wisdom and honesty to adjudicate certain matters.

In Acts 6, there was a dispute among the saints in which the Grecians felt that their widows were not being treated fairly in the sharing of food. (Acts 6: 1). How did the Apostles manage this dispute?  They determined that the church should look among themselves for persons who can deliver the required justice.  Their qualifications? Have an “honest report”, that is, known for being honest, trustworthy, “full of the Holy Ghost and wisdom”.

It is therefore finding persons with the honesty, full of the Spirit and wisdom for the particular matters.  We need also to keep in mind that those persons doesn’t have to come from “our church” so that in certain matters they can come from other churches.  What matters is that they are saints.

In Exodus 18, Jethro, the Father-in-Law of Moses witnessed Moses sitting from morning till evening to exercise judgment in matters concerning the children of Israel whom Moses led. Jethro thought that this was too much for one man and made his thoughts known to Moses. (Exodus 18:13 - 18)

Jethro advised Moses that he should find from among the people “able men” (vs 21).  “Able” refers to men with the capability to do the job.  Their qualifications – “fear God, men of truth, hating covetousness”. He advised that they be placed to rule over groups of thousands, hundreds, fifties and tens. Acknowledging that there would be matters beyond their ability to manage, they would refer such matters to Moses.  Moses did as he was advised and system of justice was improved. What is clear from the scripture is that God expects an internal system of justice that is respected by His people and to which they turn in matters of disputes. Unfairness, injustice, partiality and defrauding of the brethren should not once be named among the saints.

1 Corinthians 6 is therefore about settling disputes fairly, internally, and IS NOT an excuse for the mistreatment of saints because they are not expected to take the matter to the courts of the world.  In fact, the church should be a model to the world in the delivery of justice.

God encourages the exercise of justice among men so that He will not have to intervene in judgment.

In Isaiah 1, God gives the prophet a vision concerning Judah and Jerusalem.  He refers to them as “a sinful nation” (vs4) and proceeds to list their evils.  They are told to stop bringing sacrifices (vs 13) as their worship has now become vain, a mockery before the Lord.  They had become a hindrance to getting their own prayers answered (vs 15).  Their repentance should involve doing well, seeking judgment (justice), relieving the oppressed, delivering justice to the fatherless.  Clearly, when justice is perverted, the weak suffer.  The stronger ones and the corrupt in authority act in their own interests.  Isaiah laments that the city was once full of judgment (justice) and righteousness once lodged in it. (vs 21).  Just judgment and righteousness goes hand in hand. Isaiah lamented over a nation in which Judgment favoured those who had money and can pay rewards.

God then promised to intervene with judgment. (vs 24, 25). God takes note of injustice. When He appears to delay, it is giving the wrongdoers opportunities to repent.

Even then, some wrong doers suffer and apparently cannot make the link between their injustices and prayers that are not being answered, or healings that they or members of their families seemingly are not receiving.  We suffer when we impose suffering on others. Prayers are hindered. Satan finds his way in our lives and families.  There can be a relationship between sicknesses that are not healed and how we treat the brethren.  James therefore wrote that we should confess our faults one to another that we may be healed. (James 5:16).  A couple verses before, James made mention about calling for the elders of the church who would pray, the prayer of faith for the healing of the sick.  It means that along with the prayer of faith, I may have need to confess my faults one to another as holding offences against the brethren will hinder the prayer of faith from work effectually.

Among the first thing God promised to do after cleansing the city is to “restore thy judges” and “counsellors”. Once that is done, they shall be called, “The City of Righteousness”. (Isaiah 1:26) Righteousness and the delivery of Justice goes hand in hand.  Church leaders are subject to the Word of God and are to exemplars of the Word that they are to deliver to those to whom they Minister.  Leaders must ALWAYS be mindful that those over whom they exercise judgment are God’s own. It calls for a fearful and sober exercise of authority.