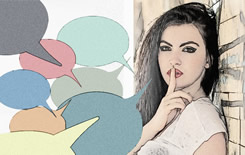 When Jude wrote to the saints, he made mention that his intent was to write to them concerning “the common salvation.” (Jude 3)  He found however, that there was a matter more urgent with which he had to deal.  He instead wrote, urging the brethren to “earnestly contend for the faith which was once delivered unto the saints.” (Jude 3)

Clearly Jude considered the “faith which  was once delivered unto the saints” to be under threat.  The words “earnestly contend”, according to the well-used, Vines Expository Dictionary of New Testament Words, come from a Greek word which “signifies to contend about a thing as a combatant”.  In other words, Jude is telling his audience to combat, fight for the faith, as originally delivered and received.  The word “earnestly” adds emphasis to the fight effort.  The Amplified version says, “fight strenuously”. Jude was putting the saint in combat mode.  There was nothing casual about his call.  The implication is that except you fight for it, you may lose it.

But just how could this threat have come about?  “For there are certain men crept in unawares, who were before of old ordained to this condemnation, ungodly men, turning the grace of our God into lasciviousness, and denying the only Lord God, and our Lord Jesus Christ.” (Jude 4)

“For there are certain men crept in unawares.”  Let us note the words, “crept” and “unawares”.  The word “crept” suggests a deliberate attempt to come in undetected.  The word “unawares”  suggest that the attempt to avoid detection or even suspicion has succeeded.  When Jude wrote, they were among the believers – that is, in the church.  These were not people who came in honestly and underwent a change.

These were people who entered for the very purpose which Jude went on to describe.  Their mission was to turn “the grace of our God into lasciviousness, and denying the only Lord God, and our Lord Jesus Christ.” Their intent was to pervert and corrupt the faith.  To put it another way, they came to spread false doctrines – teachings contrary to the truth that was originally delivered unto the church.

Jude believed that believers are best prepared to earnestly contend for the faith if they are made aware.  The verses that follow give a hint concerning the doctrines they were teaching. Jude understood that believers were better protected if the false teachings were directly addressed.  Several of the warnings given by Jude were referenced from the Old Testament which his readers knew. (Verses 5 – 7)  In other words, Jude condemned and refuted the false teachings by the use of scriptures.  He exposed their motives – saying they “ran greedily after the error of Balaam for reward.” (Verse 11) They are after personal gains.  He exposed how they intermingled and socialised with the saints, saying that they feasted with them, often eating much. (Verse 12).

Jude did not leave them a hiding place.  In Revelation 2:2, the Lord commended the church of Ephesus for putting to the test men which claimed to be apostles “and are not, and has found them liars”.

In Galatians 2, Paul describes a meeting he had in Jerusalem.  There he had an encounter with persons he described as false brethren. “And that because of false brethren unawares brought in, who came in privily to spy out our liberty which we have in Christ Jesus, that they might bring us into bondage.”  (Galatians 2:4)

Let’s keep in mind that the persons referred to as “false brethren” were persons within the church for the purpose of overthrowing the truth, by the use of false teachings/doctrines.

In Revelation 2:12, as the Lord addressed the church of Pergamos, He commended them for things they were doing well but then mentioned that He had a few things against them. The Lord identified the problem as they having among them persons “that hold the doctrine of Balaam” and “the doctrine of the Nicolaitanes which thing I hate”. The Lord called upon the church to “Repent or else I will come unto thee quickly, and will fight against them with the sword of my mouth”. (Verse 16)

The lesson to be learnt from this is that even though we may be doing well in some areas of our Christian walk, we are not expected to be casual or tolerant concerning false teachers or false doctrine in our midst. God considers that we are obligated to take decisive action against false doctrines.

Do we not see here a similarity to Jude concerning how these men operate? Paul said they were “false”. They came in “unawares” and “privily”, meaning secretly. Their intention was to “spy out” the liberty in the gospel preached to the Gentiles “that they might bring us into bondage.”

To ensure that they did not succeed, Paul and his company had to take deliberate action against them, described in Galatians 2:5, “To whom we gave place by subjection, no, not for an hour; that the truth of the gospel might continue with you.”

There is another issue that must be noted from this account.  The leadership of the church at that time, seemed to have been divided into two camps – Paul carrying the gospel to the Gentiles and Peter to the Jews. God saw it fit to bring them together at Jerusalem and come to a common position, with the clear aim of stopping the works of men whose aim was to overthrow faith in the gospel that Paul preached to the Gentiles. Where divisions exist in the church it would be exploited by the carriers of false doctrine to their advantage. So serious is the battle that the church must be united against the false teachers and false teachings.

We live in an age in which the world (especially the Western world) has developed and proclaimed a culture in which it is considered evil and blasphemous to criticise any religion.  It is a culture that is contrary to the scripture and devised to aid those who wish to spread their false teachings without being pointed out.  It is designed to muzzle those of us who like Jesus, Paul, John and the other apostles, should be standing in defence of the gospel.  It is intended to take away the earnestly contending for the faith as we are instructed by the Word.

So pernicious and evil is this teaching that there are many who feel guilty, as though they have sinned, should they open their mouths to expose the evil.  So widespread is this wicked view, that ministers may face rejection and ridicule from their own flock should they sound critical of the false religions.

While Paul calls these teachers false, and they are shown to be deliberately deceptive and intentionally destructive, there are those in this day who are pretending ignorance that these people are probably true brethren, being afraid to judge.

The culture teaches that criticism is not necessary as people are intelligent enough to make good choices. I do not think for a moment that the Lord or Paul thought that those whom they warned lacked intelligence. The Lord, Paul, Jude and the other apostles knew it was their duty and call to protect the brethren from a subtle and deadly evil. God will hold us responsible and accountable if for fear of losing our lives or to maintain good standing and a satanic favour with evil men, we fail to warn others of their false teachings.