WE ARE ONLY REQUIRED TO BE FAITHFUL 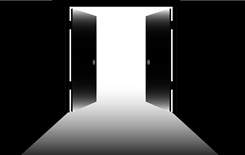 We must always be mindful that for us who are called of God, Paul wrote that “we are His workmanship, created in Christ Jesus unto good works, which God hath before ordained that we should walk in them.” (Ephesians 2:10)

The Amplified Version, states it this way: “For we are His workmanship [His own master work, a work of art], created in Christ Jesus [reborn from above—spiritually transformed, renewed, ready to be used] for good works, which God prepared [for us] beforehand [taking paths which He set], so that we would walk in them [living the good life which He prearranged and made ready for us].”

In other words, the work which God has called each of us to do was prepared, planned and determined by Him before we came.  It really is a matter of us finding out from God, what He has called us to do and following Him faithfully until that work is finished.

Ideally, our ministry should end with our lives on earth.  So it was with the Lord and the Apostles.  Before the Lord was crucified, He said to His Father, “…I have finished the work which thou gavest me to do.” John 17:4)

The scripture in Ephesians 2:10 which shows that God has prepared our works beforehand, meaning before we were born, is consistent with how we see God preparing the earth for the creation of man.  In reading Genesis we see God bring the earth from a state of darkness and emptiness and immersed in water into a state of light, dry land and seasons.  He created life in the waters and in the air.  He made every kind of herb for food and ensure that the earth (meaning the dry land) was watered by a mist that went up from the earth. (Genesis 2:6)

When all was in place, “the Lord God formed man of the dust of the ground, and breathed into his nostrils the breath of life; and man became a living soul.” Genesis 2:7.  He then placed the man in a garden that He had planted “eastward in Eden”, the suggestion being that there was a place/city named Eden and the garden was located to the East of the city.

The scripture went on to describe trees that were “pleasant to the sight”, meaning they were beautiful to look at.  It describes a river that went out of Eden to water the garden.  The river parted into four heads and went into a land “where there is gold” as well as bdellium and the onyx stone.  (Genesis 2: 11, 12)

God gave man very specific instructions concerning work: “And God blessed them, and God said unto them, Be fruitful, and multiply, and replenish the earth, and subdue it: and have dominion over the fish of the sea, and over the fowl of the air, and over every living thing that moveth upon the earth.” (Genesis 1:28)

Concerning the garden in which man lived he was “to dress it and to keep it.”  (Genesis 2:15).  In those scriptures we see a God who is detailed in His preparation for His creation  of man. We can therefore be certain that the work that God has called us to do and our lives on earth is worked out in detail.  The Lord is called, “Alpha and Omega, the beginning and the ending” (Revelation 1:8), “the first and the last” (Revelation 1:11), “the author and finisher of our faith”. (Hebrews 12:2)

The lesson is, that if we would abide faithful in Him, those things which He has planned for the ministry He has called us to will work out in their details.  Surely there is no defeat in His plans.  We can only have success.  But as the scriptures show, there would be a fight.  Paul said, I have fought a good fight. (2 Timothy 4:7) In another place he wrote, “Fight the good fight of faith” (1 Timothy 6:12)  We are in a fight here on the earth.  The fact that God has determined beforehand our paths would mean that our victory has also been determined.  No wonder the Lord said that “the gates of hell shall not prevail” against the church.  (Matthew 16:18)  The defeat of the gates of hell and the victory of the church have been determined beforehand.

Some may question, if paths have been set then where in this is the power of choice that man has been given?  The choice is to be faithful to follow the Lord’s plan or to be unfaithful.   If we examine the scripture that is how God has always dealt with man.  He would tell Israel that He has set before them life and death.  There is where the choice lies.  If he chooses to obey God victory was always guaranteed.
The efforts of the enemy in the fights which we face have a single objective – to swerve us towards unfaithfulness.  It is the only path to our defeat and his victory over the plan of God.

The scripture also reveals that the scope of our ministry and the audience to whom He has called us to minister have already been determined as part of the details, earlier referred to.

Isn’t it true that God has called us to reach every creature with the gospel? (Mark 16:15)  Yes, that is true concerning the whole church.  It won’t even be practical concerning an individual.  Individual ministries have their allotments.  God determines each man’s scope of reach.  If we would follow His leading, he would open the doors.  Paul wrote, “For a great door and effectual is opened unto me, and there are many adversaries.” (1 Corinthians 16:9).  Again take note, that there are many adversaries, meaning there would be fights.  However, God opens doors – great doors.

The Lord Jesus who was anointed without limits had a ministry during His walk on the earth, which was confined to the Jews.  We have seen that when persons who were not Jews demonstrated faith, they benefitted from His ministry.  However, He came unto His own – the Jewish nation. (John 1:11)

The Lord made that clear in Matthew 15:24, “I am not sent but unto the lost sheep of the house of Israel.”
In Galatians 2:7, 8 we learn that God used Peter effectively in ministry to the Jews and that the gospel to the Gentiles was committed to Paul.  That is not to say that Peter would not have ministered to the Gentiles.  In fact, salvation first came to the Gentiles through the ministry of Peter. (Acts 10)  However, the main target of his apostleship was the Jews.  Paul had a great passion for the salvation of the Jews. (Acts 9:1 – 3)  However, his special calling was to preach Christ “among the heathen.” (Galatians 1:16)

In Acts 16, as Paul preached in various cities, their attempts to preach the Word in Asia “were forbidden of the Holy Ghost.”  They later attempted “to go into Bithynia” and again, the Spirit of God did not allow it.  But then in a vision, Paul saw a man calling him to “Come over to Macedonia and help us.”  They then knew that God “had called us for to preach the gospel” in Macedonia.  What is seen from this, is that God desires to direct our paths to different places at different times and we must therefore always seek to know His Will.

As we remain faithful, God will lead us into the pre-determined scope of the ministry to which He has called us as that ministry has its limit both in scope and time.  Consistent with that scope, God opens doors for ministry.  Faithfulness on our part, is the key. This tract is the result of lessons I am learning in my own ministry as in recent times, I have come to realise an increase in scope and influence well beyond the boundaries in which I have ministered over the years.